In a unique collaboration between Zemic Europe and Variohm (our UK Distributor) we supplied and advised Rega with a miniature sensor to enhance the quality of sound on turntables with the development of the Atlas Tracking force scale.

Zemic Europe's slogan is "We believe we make you stronger!". We strongly believe that our focus on creating value for our customers will help them to differentiate themselves in their market.

Demonstrating its continuing role as a technological innovator, Rega will soon be launching a new accessory – a weighing scale that precisely measures stylus tracking force. In a unique collaboration between Zemic Europe and Variohm (our UK Distributor) we supplied and advised Rega with a miniature sensor for their Atlas Tracking force scale. The tracking force is the amount of force with which a stylus on the end of a tonearm is pressed into a vinyl record.

With the tonearm set-up being critical to sound performance as well as stylus and record condition, Rega’s new Atlas Tracking Force Scale will confirm tone arm adjustment to 1/100th of a gram with a working range of 3.5 to 5 gm in a simple in-situ process.

Variohm EuroSensor designs, manufactures or sources a comprehensive range of sensor technologies for linear and rotary position, load, force, vibration and temperature measurement in demanding applications throughout industry, agriculture, construction, autosports, aerospace and research. Together with the force sensor know-how this was the basis for Rega to develop the novel stylus tracking force scale.

How Miniature Sensor Q70 was selected for the Rega solution

Having identified that an accurate way to measure tracking force was desirable for the high-end audio market, Rega set out to design a scale that would be affordable and be able to be offered alongside the majority of its turntable range. Rega design engineer, Ashton Wagner explains how the project developed, “We looked for a load cell with an accuracy to one hundredth of a gram that would fully maintain that accuracy over its lifetime; we needed excellent durability and a scale that would not require calibration by the user.” Budget constraints were also fully considered at the outset, “To meet our target costs the use of premium digital and analogue electronics were off the table. A microcontroller with an embedded commodity ADC was chosen which meant, that to achieve the accuracy we desired, we would have to use a high gain amplification circuit with little room for adjustment. We needed a gauge that would maintain consistent performance under variance in temperature, age, stress, and from gauge to gauge as well – after technical support from Variohm and thorough testing we thus chose the Zemic Q70 series load cell." 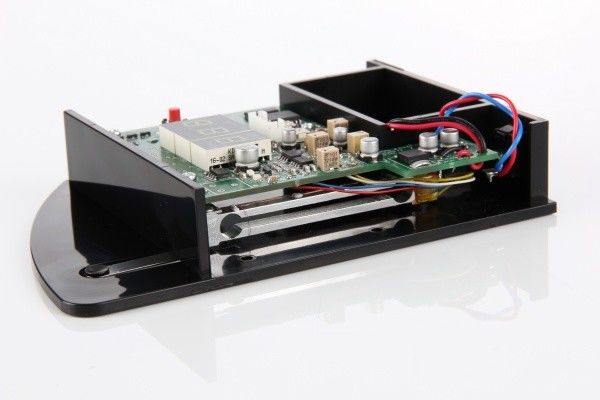 With the Q70 miniature sensor, Rega’s new Atlas Tracking Force Scale will confirm tone arm adjustment to 1/100th of a gram with a working range of 3.5 to 5 gm in a simple in-situ process. As an integral component for the scale, Rega chose the Zemic Q70 series miniature load cell, supplied and fully supported in the UK by Variohm EuroSensor.

Rega began designing and manufacturing audio equipment in 1973 and today, thanks to its obsession with innovation and the resurgence of interest for vinyl, is now the UK’s largest manufacturer of high-end turntables. Rega doesn’t just make excellent turntables, its range includes amplifiers, loudspeakers, CD players, cartridges and tone arms as well as many accessories that enhance the hi-fi experience for the discerning listener.